Consumers may think they are making a conscientious decision when opting for an electric car, but we ask questions whether it really is such a good deed.

In today’s modern world, cobalt has become an important commodity for its use in the creation of rechargeable batteries that power the likes of e-bikes, e-scooters, and e-cars. But the people who work in cobalt mines in the Democratic Republic of Congo (DRC)—a third of whom are children—experience the dark side of green technology every day. In a devastating campaign for Amnesty International, we highlighted the inhumane conditions faced by the miners, which the organization likens to slavery in the Middle Ages.

The “Electric Slaves” campaign features a series of striking images, including young children and a breastfeeding mother hard at work, and depicted their life expectancies using a depleting battery symbol. The impactful project, with authentic images by Gwenn Dubourthoumieu, recently scooped up Gold and Silver awards at Golden Drum, two Silver Awards at Epica, a Bronze at Eurobest, Merit Awards at The One Show and the 10th jubilee is a Silver at Cresta Awards.

People have the impression that buying an electric car means doing a good deed. Our task was to question this “purity” and draw attention to a big paradox. On one hand, you have this advanced technology solving problems in industrial countries but on the other hand you have low-tech mining in developing countries like the Democratic Republic of Congo that bases itself on the exploitation of poor people. Our campaign is based on a survey by Amnesty International. It reveals that most electric vehicle manufacturers still do not require ethical standards for cobalt mining. Therefore, the working conditions in the mines are as bad as our photos depict.

The documentary-like way we chose came up naturally during the proces. After selling the campaign idea to our client, we started with searching for reference pictures for a photo shoot. But during that process we found a collection of authentic photos by French photographer Gwenn Dubourthoumieu. It was then we realized that showing real people’s stories would have a much stronger impact than casting actors for a staged photo shoot. And so it had.

It also attracted attention at the Cannes Lions World Competition where it was published in the “Cannes Issue” of the prestigious Lürzer’s Archive Vol. 3-19.

It is very satisfying to see that this campaign reached a much bigger audience than we anticipated, beyond the borders of the Czech Republic. We are happy that the awards draw more attention to the campaign and it gets extra and free media space. 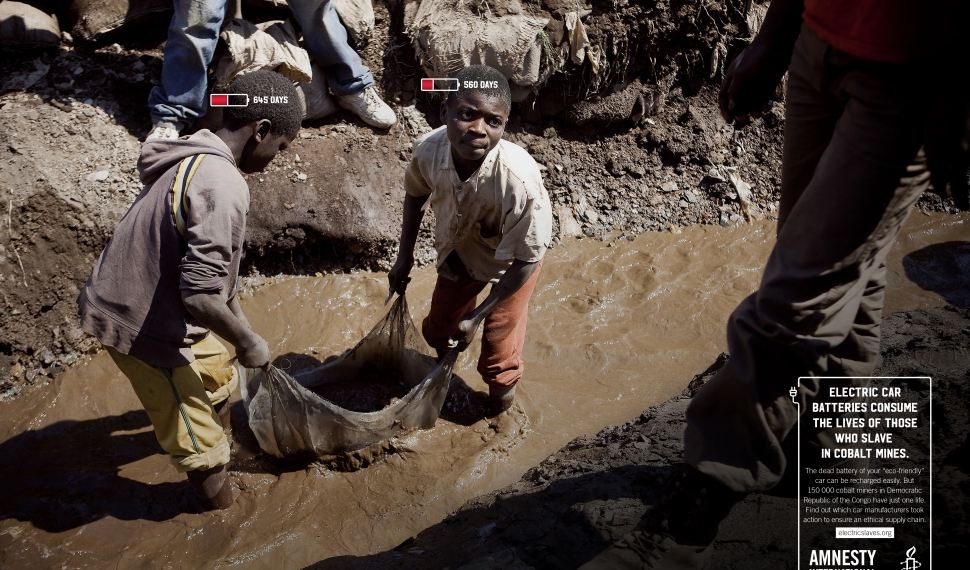 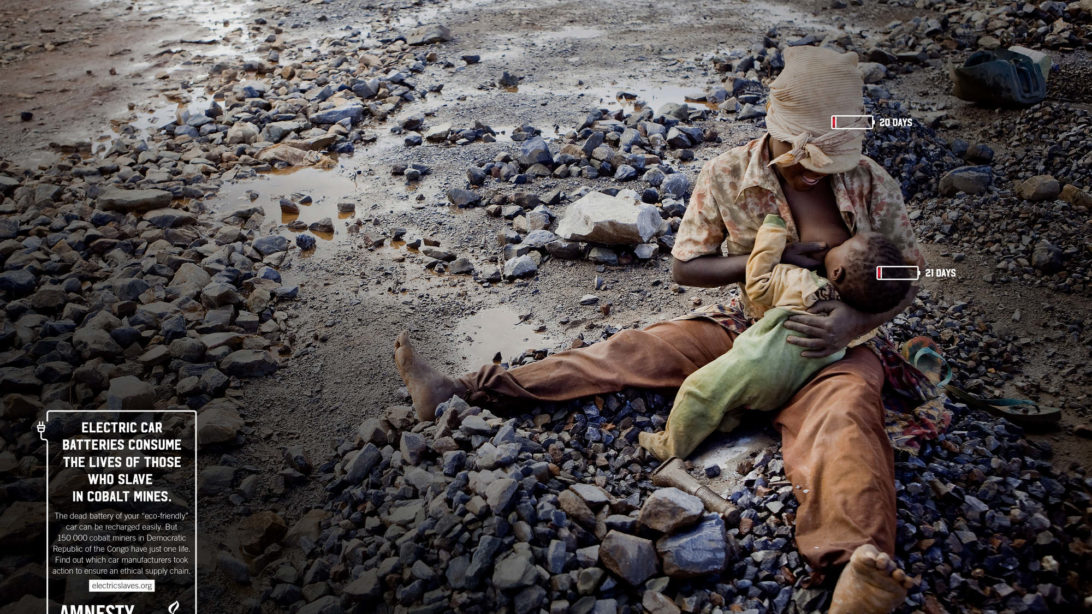 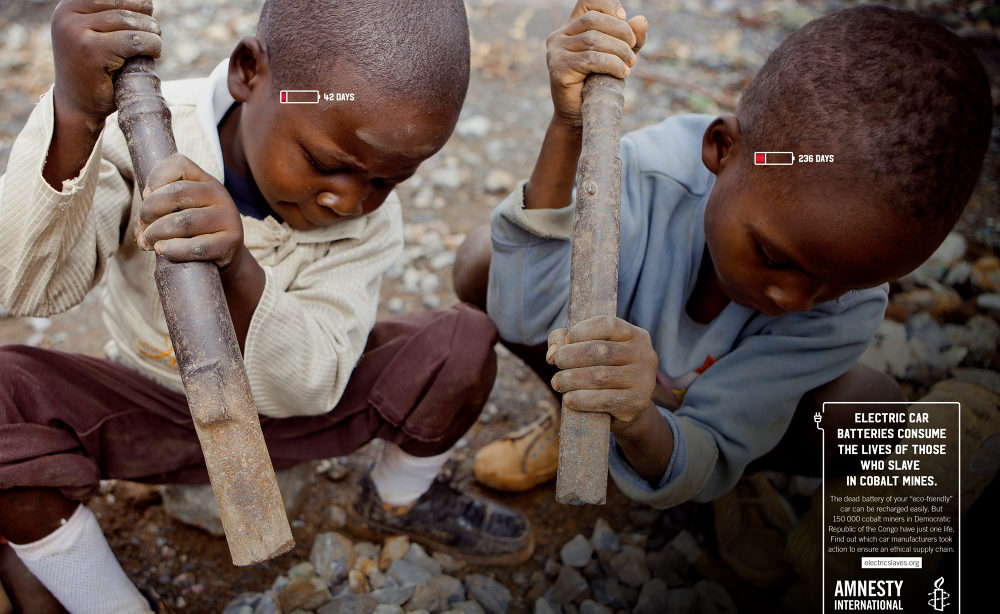 Amnesty International
Look for "Advertisement" for example, to find a response
Press Enter to search